Hapimag being successful with new strategy and CEO Hasan Kadbi

According to a report by the Swiss tourism specialist htr dated the 26 July 2017, occupancy at the approximately 60 Hapimag resorts in the first six months of 2017 increased by about 3.4 per cent compared to the previous year, bringing the total to about 67.7 per cent. Especially Hapimag city residences were in greater demand than ever before for short breaks - so it was no wonder that the number of guests in the city resorts increased by 6.5 per cent. The Winterberg resort in Germany recorded an increase in bookings of around 25 per cent compared with the previous year, and the Swiss mountain resort Interlaken also recorded an increase of 14 per cent. Overall, sales in the resorts grew by 2 percentage points compared to the previous year, and Hapimag Group's operating profit of 6 million euros in the first half of 2017 underlines the successful strategic realignment (cost reduction, new customer acquisition, focus on the core concept) of the leading provider of holiday home rights in Europe. These consistently positive reports are due not least to the intensive exchange of views of the Group's management with its approximately 110,000 shareholders and 20,000 members. According to Hassan Kadbi (CEO since 2016), the focus of all future company activities and considerations will continue to be the satisfaction of the guests. According to the Swiss trade journal, membership is still an economically and ecologically sensible alternative to one's own holiday apartment 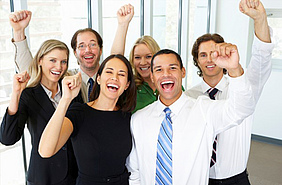 This website needs certain cookies to work correctly. These cookies are technically necessary. If you allow us, we will also use statistic cookies to help gather statistics about your visits to this site in order to improve our service. You can change your choices at any time on our privacy policy page.